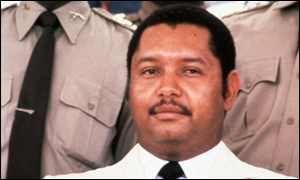 The first few years after Jean-Claude Duvalier’s installation as Haiti’s ninth president-for-life were a largely uneventful extension of his father’s rule. Jean-Claude was a feckless, dissolute nineteen-year-old, who had been raised in an extremely isolated environment and who had never expressed any interest in politics or Haitian affairs. He initially resented the dynastic arrangement that had made him Haiti’s leader, and he was content to leave substantive and administrative matters in the hands of his mother, Simone Ovid Duvalier, while he attended ceremonial functions and lived as a playboy.

By neglecting his role in government, Jean-Claude squandered a considerable amount of domestic and foreign goodwill and facilitated the dominance of Haitian affairs by a clique of hard- line Duvalierist cronies who later became known as the dinosaurs. The public displayed more affection toward Jean-Claude than they had displayed for his more formidable father. Foreign officials and observers also seemed more tolerant toward “Baby Doc,” in areas such as human-rights monitoring, and foreign countries were more generous to him with economic assistance. The United States restored its aid program for Haiti in 1971.

Jean-Claude limited his interest in government to various fraudulent schemes and to outright misappropriations of funds. Much of the Duvaliers’ wealth, which amounted to hundreds of millions of dollars over the years, came from the Régie du Tabac (Tobacco Administration). Duvalier used this “nonfiscal account,” established decades earlier under Estimé, as a tobacco monopoly, but he later expanded it to include the proceeds from other government enterprises and used it as a slush fund for which no balance sheets were ever kept.

Jean-Claude’s kleptocracy, along with his failure to back with actions his rhetoric endorsing economic and public-health reform, left the regime vulnerable to unanticipated crises that were exacerbated by endemic poverty, including the African Swine Fever (ASF) epidemic and the widely publicized outbreak of Acquired Immune Deficiency Syndrome (AIDS) in the 1980s. A highly contagious and fatal disease, ASF plagued pigs in the Dominican Republic in mid-1978. The United States feared that the disease would spread to North America and pressured Jean-Claude to slaughter the entire population of Haitian pigs and to replace them with animals supplied by the United States and international agencies. The Haitian government complied with this demand, but it failed to take note of the rancor that this policy produced among the peasantry. Black Haitian pigs were not only a form of “savings account” for peasants because they could be sold for cash when necessary, but they were also a breed of livestock well-suited to the rural environment because they required neither special care nor special feed. The replacement pigs required both. Peasants deeply resented this intrusion into their lives.

Initial reporting on the AIDS outbreak in Haiti implied that the country might have been a source for the human immune deficiency virus. This rumor, which turned out to be false, hurt the nation’s tourism industry, which had grown during Jean-Claude Duvalier’s tenure. Already minimal, public services deteriorated as Jean- Claude and his ruling clique continued to misappropriate funds from the national treasury.

Jean-Claude miscalculated the ramifications of his May 1980 wedding to Michèle Bennett, a mulatto divorcée with a disreputable background. (François Duvalier had jailed her father, Ernest Bennett, for bad debts and other shady financial dealings.) Although Jean-Claude himself was light-skinned, his father’s legacy of support for the black middle class and antipathy toward the established mulatto elite had enhanced the appeal of Duvalierism among the black majority of the population. By marrying a mulatto, Jean-Claude appeared to be abandoning the informal bond that his father had labored to establish. The marriage also estranged the old-line Duvalierists in the government from the younger technocrats whom Jean-Claude had appointed. The Duvalierists’ spiritual leader, Jean-Claude’s mother, Simone, was eventually expelled from Haiti, reportedly at the request of Michèle, Jean-Claude’s wife.

The extravagance of the couple’s wedding, which cost an estimated US$3 million, further alienated the people. Popular discontent intensified in response to increased corruption among the Duvaliers and the Bennetts, as well as the repulsive nature of the Bennetts’ dealings, which included selling Haitian cadavers to foreign medical schools and trafficking in narcotics. Increased political repression added to the volatility of the situation. By the mid-1980s, most Haitians felt hopeless, as economic conditions worsened and hunger and malnutrition spread.

Widespread discontent began in March 1983, when Pope John Paul II visited Haiti. The pontiff declared that “Something must change here.” He went on to call for a more equitable distribution of income, a more egalitarian social structure, more concern among the elite for the well-being of the masses, and increased popular participation in public life. This message revitalized both laymen and clergy, and it contributed to increased popular mobilization and to expanded political and social activism.

A revolt began in the provinces two years later. The city of Gonaïves was the first to have street demonstrations and raids on food-distribution warehouses. From October 1985 to January 1986, the protests spread to six other cities, including Cap Haïtien. By the end of that month, Haitians in the south had revolted. The most significant rioting there broke out in Les Cayes.

Jean-Claude responded with a 10 percent cut in staple food prices, the closing of independent radio stations, a cabinet reshuffle, and a crackdown by police and army units, but these moves failed to dampen the momentumof the popular uprising against the dynastic dictatorship. Jean-Claude’s wife and advisers, intent on maintaining their profitable grip on power, urged him to put down the rebellion and to remain in office.

A plot to remove him had been well under way, however, long before the demonstrations began. The conspirators’ efforts were not connected to the popular revolt, but violence in the streets prompted Jean-Claude’s opponents to act. The leaders of the plot were Lieutenant General Henri Namphy and Colonel Williams Regala. Both had privately expressed misgivings about the excesses of the regime. They and other officers saw the armed forces as the single remaining cohesive institution in the country. They viewed the army as the only vehicle for an orderly transition from Duvalierism to another form of government.

In January 1986, the unrest in Haiti alarmed United States president Ronald Reagan. The Reagan administration began to pressure Duvalier to renounce his rule and to leave Haiti. Representatives appointed by Jamaican prime minister Edward Seaga served as intermediaries who carried out the negotiations. The United States rejected a request to provide asylum for Duvalier, but offered to assist with the dictator’s departure. Duvalier had initially accepted on January 30, 1986. The White House actually announced his departure prematurely. At the last minute, however, Jean-Claude decided to remain in Haiti. His decision provoked increased violence in the streets.

The United States Department of State announced a cutback in aid to Haiti on January 31. This action had both symbolic and real effect: it distanced Washington from the Duvalier regime, and it denied the regime a significant source of income. By this time, the rioting had spread to Port-au-Prince.

At this point, the military conspirators took direct action. Namphy, Regala, and others confronted the Duvaliers and demanded their departure. Left with no bases of support, Jean-Claude consented. After hastily naming a National Council of Government (Conseil National de Gouvernement–CNG) made up of Namphy, Regala, and three civilians, Jean-Claude and Michèle Duvalier departed from Haiti on February 7, 1986. They left behind them a country economically ravaged by their avarice, a country bereft of functional political institutions and devoid of any tradition of peaceful self-rule. Although the end of the Duvalier era provoked much popular rejoicing, the transitional period initiated under the CNG did not lead to any significant improvement in the lives of most Haitians. Although most citizens expressed a desire for democracy, they had no firm grasp of what the word meant or of how it might be achieved.