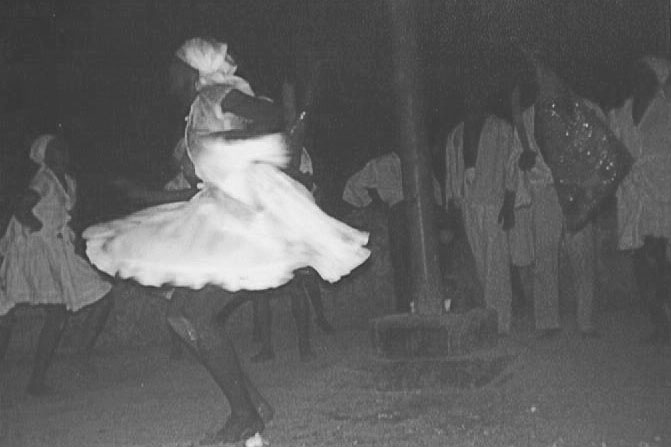 Possession trances occur usually during rituals such as a vodoun dance in honor of the loua.

Roman Catholicism is the official religion of Haiti, but voodoo may be considered the country’s national religion. The majority of Haitians believe in and practice at least some aspects of voodoo. Most voodooists believe that their religion can coexist with Catholicism.

Misconceptions about voodoo have given Haiti a reputation for sorcery and zombies. Popular images of voodoo have ignored the religion’s basis as a domestic cult of family spirits. Adherents of voodoo do not perceive themselves as members of a separate religion; they consider themselves Roman Catholics. In fact, the word for voodoo does not even exist in rural Haiti. The Creole word vodoun refers to a kind of dance and in some areas to a category of spirits. Roman Catholics who are active voodooists say that they “serve the spirits,” but they do not consider that practice as something outside of Roman Catholicism. Haitians also distinguish between the service of family spirits and the practice of magic and sorcery

The belief system of voodoo revolves around family spirits (often called loua or mistË) who are inherited through maternal and paternal lines. Loua protect their “children” from misfortune. In return, families must “feed” the loua through periodic rituals in which food, drink, and other gifts are offered to the spirits. There are two kinds of services for the loua. The first is held once a year; the second is conducted much less frequently, usually only once a generation. Many poor families, however, wait until they feel a need to restore their relationship with their spirits before they conduct a service. Services are usually held at a sanctuary on family land 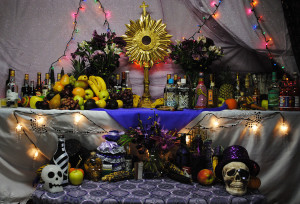 In voodoo, there are many loua. Although there is considerable variation among families and regions, there are generally two groups of loua, the rada and the petro. The rada spirits are mostly seen as “sweet” loua, while the petro are seen as “bitter” because they are more demanding of their “children.” Rada spirits appear to be of African origin while petro spirits appear to be of Haitian origin

Loua are usually anthropomorphic and have distinct identities. They can be good, evil, capricious, or demanding. Loua most commonly show their displeasure by making people sick, and so voodoo is used to diagnose and treat illnesses. Loua are not nature spirits, and they do not make crops grow or bring rain. The loua of one family have no claim over members of other families, and they cannot protect or harm them. Voodooists are therefore not interested in the loua of other families

Loua appear to family members in dreams and, more dramatically, through trances. Many Haitians believe that loua are capable of temporarily taking over the bodies of their “children.” Men and women enter trances during which they assume the traits of particular loua. People in a trance feel giddy and usually remember nothing after they return to a normal state of consciousness. Voodooists say that the spirit temporarily replaces the human personality. Possession trances occur usually during rituals such as services for loua or a vodoun dance in honor of the loua. When loua appear to entranced people, they may bring warnings or explanations for the causes of illnesses or misfortune. Loua often engage the crowd around them through flirtation, jokes, or accusations

Ancestors (le mÚ) rank with the family loua as the most important spiritual entities in voodoo. Elaborate funeral and mourning rites reflect the important role of the dead. Ornate tombs throughout the countryside reveal how much attention Haiti gives to its dead. Voodooists believe the dead are capable of forcing their survivors to construct tombs and sell land. In these cases, the dead act like family loua, which “hold” family members to make them ill or bring other misfortune. The dead also appear in dreams to provide their survivors with advice or warnings 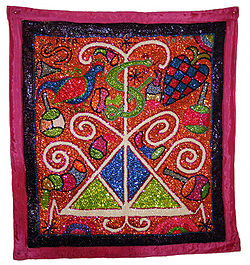 A large sequined Vodoo flag by the artist George Valris, depicting the symbol of the loa Loko Atison.

Beliefs include zombies and witchcraft. Zombies are either spirits or people whose souls have been partially withdrawn from their bodies. Some Haitians resort to bokÚ, who are specialists in sorcery and magic. Haiti has several secret societies whose members practice sorcery

Voodoo specialists, male houngan and female manbo, mediate between humans and spirits through divination and trance. They diagnose illnesses and reveal the origins of other misfortune. They can also perform rituals to appease spirits or ancestors or to repel magic. Many voodoo specialists are accomplished herbalists who treat a variety of illnesses

Voodoo lacks a fixed theology and an organized hierarchy, unlike Roman Catholicism and Protestantism. Each specialist develops his or her own reputation for effectiveness.

FranÁois Duvalier recruited voodoo specialists to serve as tonton makouts to help him control all aspects of Haitian life. Duvalier indicated that he retained power through sorcery, but because voodoo is essentially a family-based cult, Duvalier failed to politicize the religion to any great extent.